Guess what! I spent a few hours this week with the one-time Minister of Tourism of Senegal. A legend, that he is.

He delivered a 180 mins performance, together with 14 other musicians on stage, transporting the audience in to an alternative reality, somewhere between earth and sky. I had been waiting for it for… 7 Seconds….

Have you figured out whom I am talking about?

It’s Youssou N’Dour, called the King of African pop music but what he does is so much more than creating songs. He is involved in social issues, and he is well-known about his activism. I am in no danger of becoming famous therefore I have zero idea about how that kind of life could be, but I think that he is the influencer we need and should hear more about. (And we should use the word influencer way more sparsely…)

At one point, in the kindest possible way, he stepped behind and gave the stage over to some local Senegalese guys. Some I had known in my university years, others arrived in Hungary only a few years ago but regardless of their age, they were all ecstatic to share the stage with their idol.

The show lasted an hour longer than planned, partly because of these intermezzos, and mainly because the audience refused to leave the space.

Knowing too well how divided the Hungarian society is when it comes to race and otherness, it was the best feeling on Earth to experience as a full concert hall was cheering on 15 African musicians as one.

Isn’t it what an influencer is supposed to aspire for? To make positive changes.

Listen to this song. The most beautiful part of the evening, standing alone on stage, singing a cappella. I just wish I could understand Wolof, one of the main languages of some of my favourite musicians. 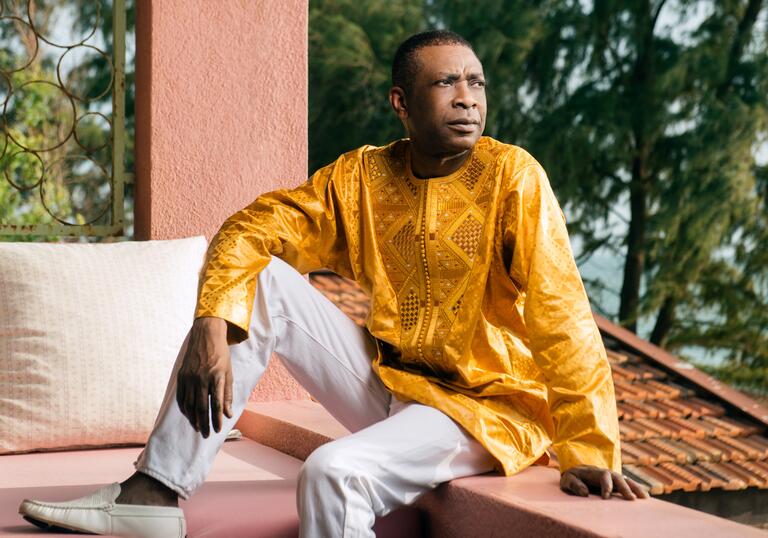