Play it Again by Alan Rusbridger

I finished reading this book last night and it left behind more questions than answers. If you are talented and even successful within any field or if you are a high-performer in general, then I want to hear from you.

It took a month for me to read the book. Not because it was that bad but because it introduces a world that is unknown to me. As a result, it comes with a terminology I am not familiar with and to digest the information I could read it only in smaller chunks. Not once I had to look up words and terms to understand the text. And much more often I relied on the context that helped me figure out what the writer is talking about. It is a book about classical music and the world behind the stage and sparkle, and it raises many interesting issues related to learning, the capacity of the brain, its connection to and control over the rest of the body.

Alan Rusbridger was the editor of the Guardian from 1995 to 2015 which is an extraordinary achievement in itself. Judging from his writing, his job might have been among the most demanding ones that would have been impossible to handle with the average human capacity and mindset. I bought the book before attending a classical music concert in London’s Southbank Centre. It was towards the end of my two-month stay this year in my one-time temporary home town. I didn’t want to leave. My mind was all over the place and I only skimmed through the book’s description that states:

An amateur against the impossible.

My then wandering brain interpreted amateur as beginner. That is someone who has never played music in their life and now, well into middle-age, decides to face a task that even professional musicians feel challenging. It sounded exciting. Soon after I started reading, I realized that Rusbridger was close to music all his life. He started playing the piano and the clarinet in school, then he indeed spent decades without practicing seriously but music was part of his existence. Over 50 he set himself a seemingly impossible task:

to learn, in the space of a year, Chopin’s Ballade No I – a piece that inspires dread in many professional pianists.

He started his journey in 2010 and ended it 14 months later. It was a period filled with serious events of international significance. The Arab Spring, the English riots, WikiLeaks and the News of the World hacking scandal to name a few. I still lived in London during the riots, which actually started in my street. It wasn’t an easy period for many of us but having to be on alert in 24/7 to supply the world with information about all these and more, must have been beyond demanding. He travelled quite a lot within Europe and overseas, meetings, negotiations, budget planning, politics and writing filled his days. He worked 12 to 24 hours a day, and he didn’t really have days off. On top of it all, Rusbridger was determined to find time to learn one of the most challenging pieces of the classical music repertoire. Not just to learn it, but to fill the notes with soul. As an amateur. How?

He had access to the finest classical musicians, he did countless interviews with them, often asked for their advice, many of them gave him classes either in their home wherever they could meet up in various parts of the world, or in one of the rooms of King’s Place, a music and entertainment venue, which is also the Guardian’s new home since 2008. How convenient! Other than musicians, he spoke to historians and neuroscientists to learn more about the capacity of the brain to understand what we are capable of well beyond our twenties. He even found time to play chamber music with his friends regularly, where amateurs and professionals came together. That can be something truly precious and know that if you play music at any level, I seriously envy you. The best scholars and artists helped his journey, he used his connections in the most positive ways possible but my question is still the same. How? How did he find the energy? I am not even talking about the 24-hour limit of a day but the mental and bodily strength to sit down and practice despite other demands of his life. The body has its limits after all. Or does it? Is it my mind that limits me? Is it me who limits my mind and so my body?

I am having these questions because after a pretty rough period, I gave up yesterday. It was a Monday and sometime after lunchtime I set up an out of office reply with a pretty cheeky text (email me, it is still on), then switched off completely. Both my brain and my body collapsed. When you do it as a freelancer, it comes with a loss of income, you know, you get paid only when you work, but I wouldn’t have cared less. I curled up on the sofa and decided to finish this book. It’s been midnight when I closed the book then I woke up at 10 in the morning. My out of office message will stay on today.

I am pretty good at organizing my tasks, my brain is a high-functioning one, I work fast, I am focused, I don’t procrastinate and I am effective. But it’s a real challenge to do more beyond work. Too often the only thing I want after putting an end to my bread-and-butter tasks, is to sleep. My bed feels like the most wonderful place in the universe and nowhere else I want to go. Often even just staring out of my head aimlessly is a more attractive option than go on and use my brain. Looking back at my last two decades it’s mindblowing to see what I have done but I have never worked as much as Rusbridger or any of the artists he mentions does non-stop.

How do these high-achievers do it? Saying that their way of life is unhealthy or toxic, is only partially true. There are indeed those who can keep up with the workload only with the help of various substances or they struggle otherwise, but I have personally met several of them whose work is rewarding and they live a fulfilled, healthy life. They do get tired but they love what they do, and it’s us, outsiders who benefit from their commitment the most. Be them scholars or artists, it’s mainly us who reap what they sow. Without actually moving a finger. How selfish we are.

Rusbridger says there is time. If he could pull it off, so can we. Great to know it because I set myself a seemingly impossible task and I have six months to achieve it. I only wish I knew how to be a superhuman. Looking forward to hearing from you if you have an answer. 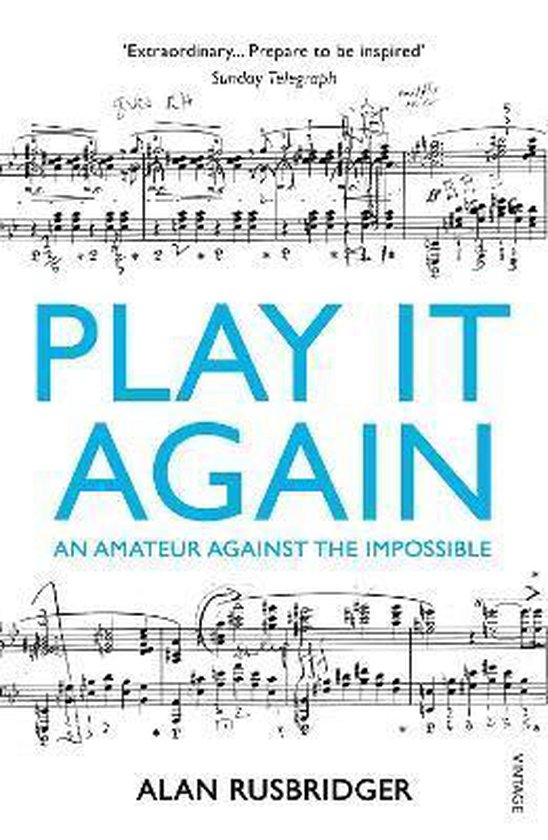